The Awards are administered by the University of Gloucestershire, UK under the auspices of Pittville Press.
There are two sections: 'Student' and 'Emerging and Established'. The Student category is open to all full time students over 18 years of age worldwide.The Emerging and Established category is open to any newly practising illustrators who are wishing to gain exposure of their work and to those who are more established and are apart of the illustration world.
A printed annual and a public exhibition is held each year on behalf of the Press at the University of Gloucestershire.

The selected work will be showcased at the exhibition and published in the annual which is distributed to institutions and industry publishers. The exhibition then travels to other venues for the year. Past exhibition spaces have been the likes of Pitt Rivers- Oxford, The Wilson Museum and Art Gallery, The museum in the Park Stroud and the London Book Fair.

The University of Gloucestershire reserves the right to cancel the event should sufficient entries not be received for this competition. Artwork must be supplied digitally via google form submission link provided on the how to submit page. Judging of entries will take place in August by a professional committee. Successful applicants will be notified by email mid September. 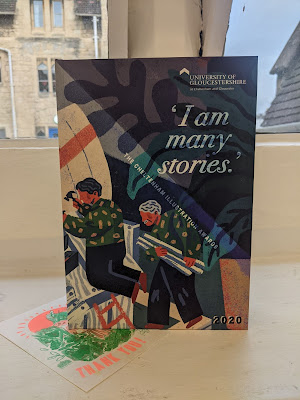 2019 Awards: All Together Now—Tales of Unity 2018 Awards: TANGLED TALES
Featuring photos from our exhibition and symposium at the Museum in the Park, Stroud, London Book Fair 2019 and The Garden Galleries- Cheltenham Jazz Festival. 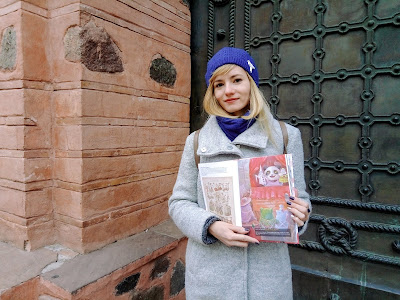 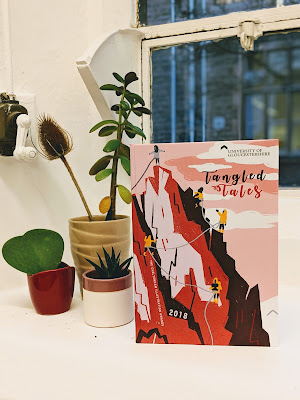 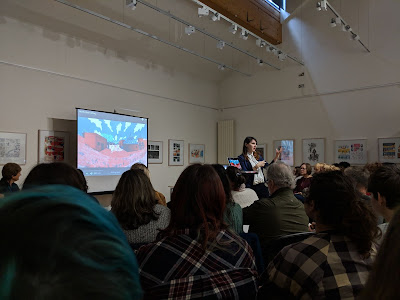 2017 Awards: TALES THROUGH OTHERS' EYES 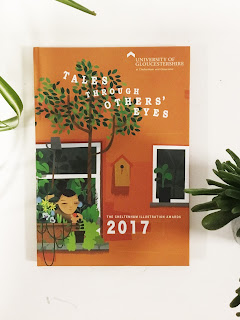 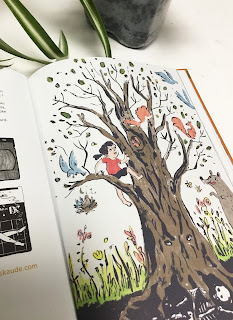 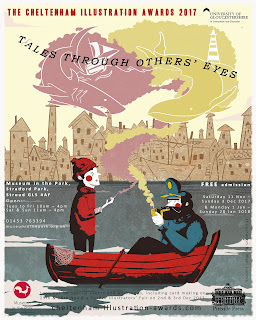 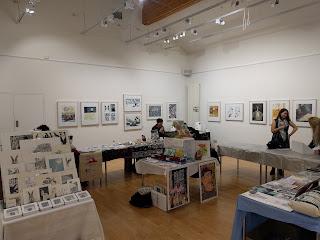 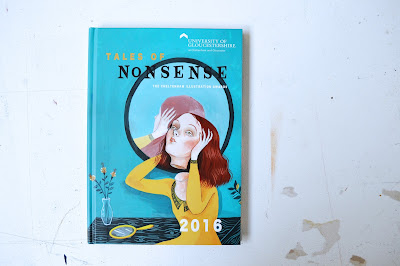 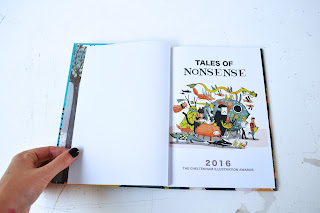 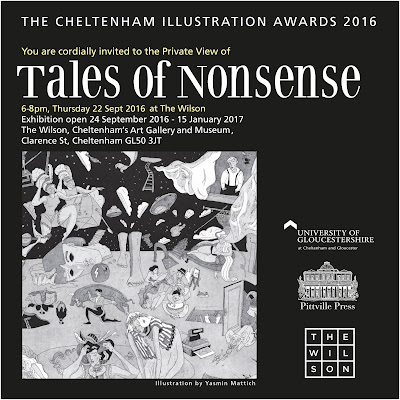 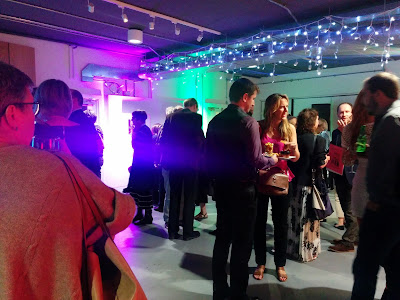 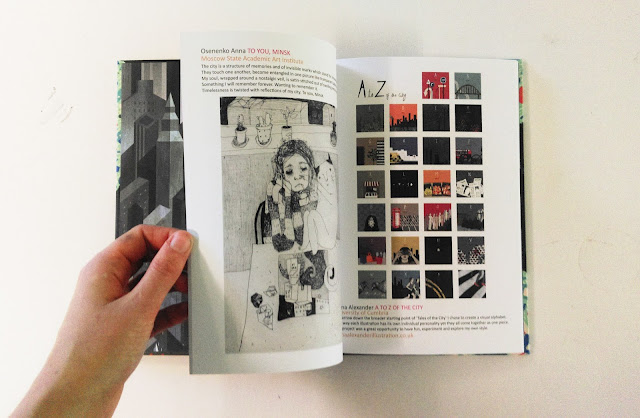 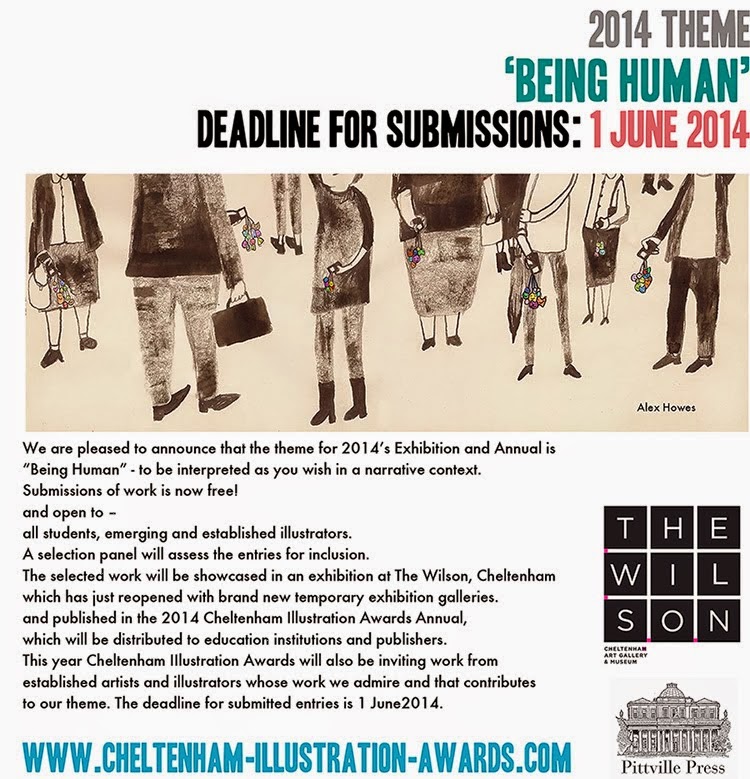 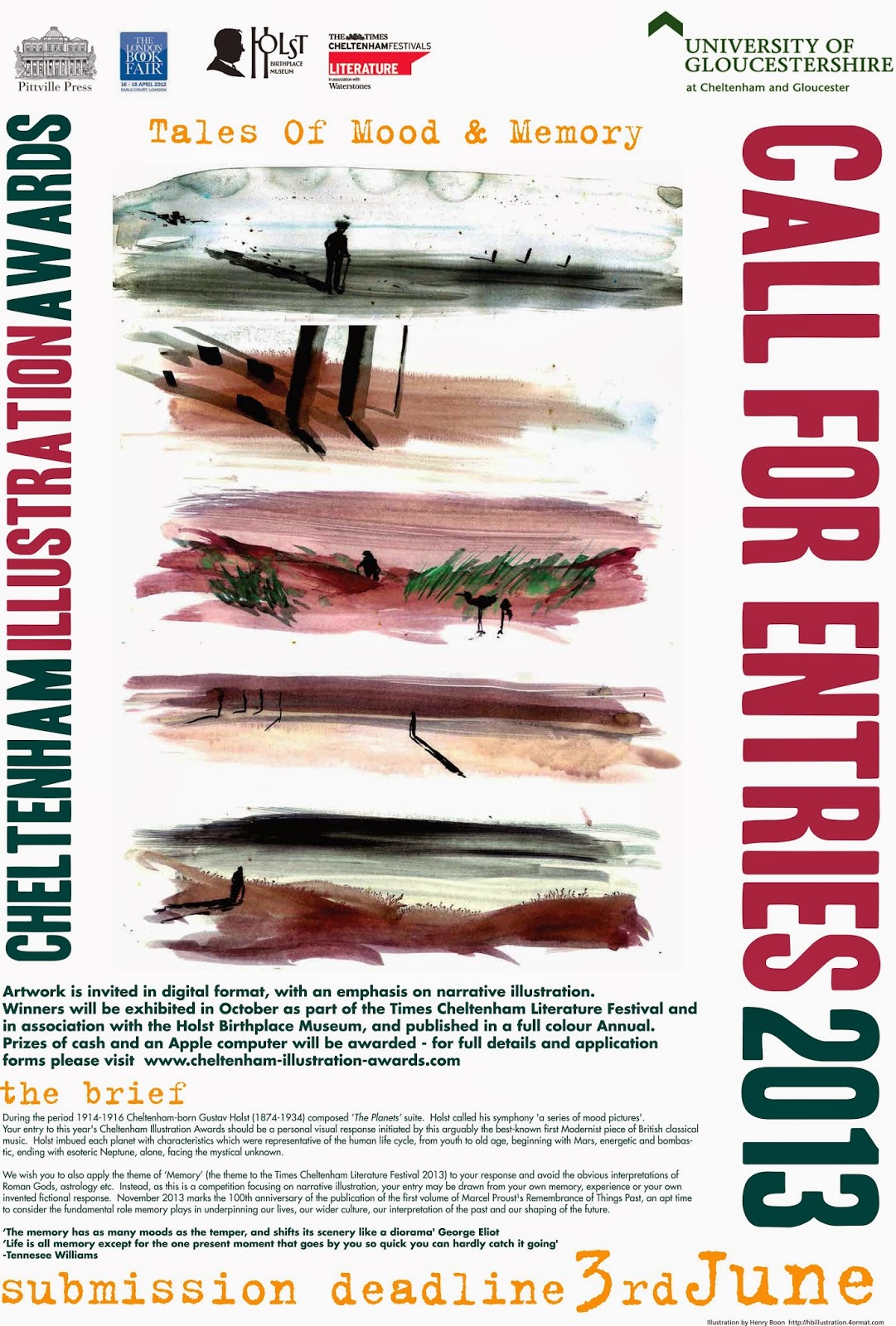 The 7th Illustrators Symposium was held in Oct 2013 to support and publicise the presentation of this year’s Awards. Speakers included award winning and veteran illustrator of the Meg and Mog books, Jan Pienkowski, who appeared alongside co-author David Walser, who has produced with Jan many books of traditional folk and fairy tales. The other speakers were acclaimed Belgian illustrator Sam Vanallemeersch and French ex Erasmus exchange student Nicolas Andre. Both these latter artists were publishing their own graphic novels in England with the illustration publishers Nobrow. The entire student cohort packed the Regency Suite with standing room only for staff, the day was divided between appreciation for the traditional values of Pienkowski, contrasted with the newer methods of disseminating illustration work demonstrated by the younger generation of artists.

The Awards competition
2013's theme was “Tales of Mood and Memory” - to reflect the competition's support from the Holst Birthplace Museum and the Festival itself. Entrants were invited to interpret the Planets Suite by Holst, also taking elements from Proust's Remembrances and the upcoming centenary of WW1.
A notable statistic from this year's entries was that of the diversity of countries from which entries were received, comprising at least 13 countries including China, Israel and Romania. 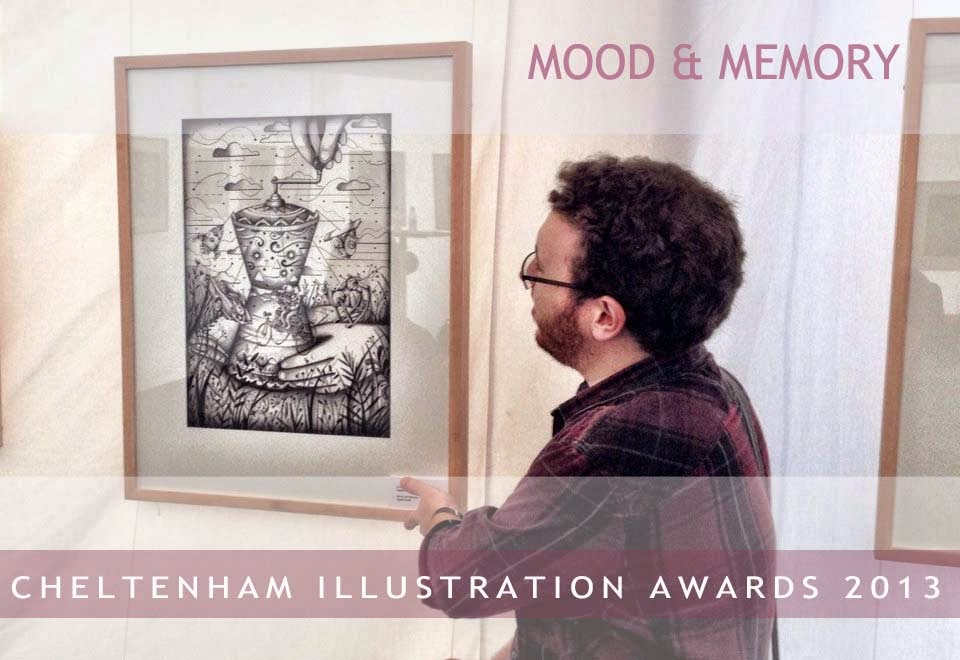 The Private view took place on 4 Oct, the first day of the Literature Festival, in a special marquee in Imperial Square Gardens hired by the University. Stephen Marston and Ben Calvert attended alongside students, staff and we also welcomed interested festivalgoers. The exhibition comprised the winners and highly commended entries and drew praise from all who attended for the standard and diversity of the artwork and the presentation of the exhibition.

As in previous years, the exhibition will move to the London Book Fair in April 2014. 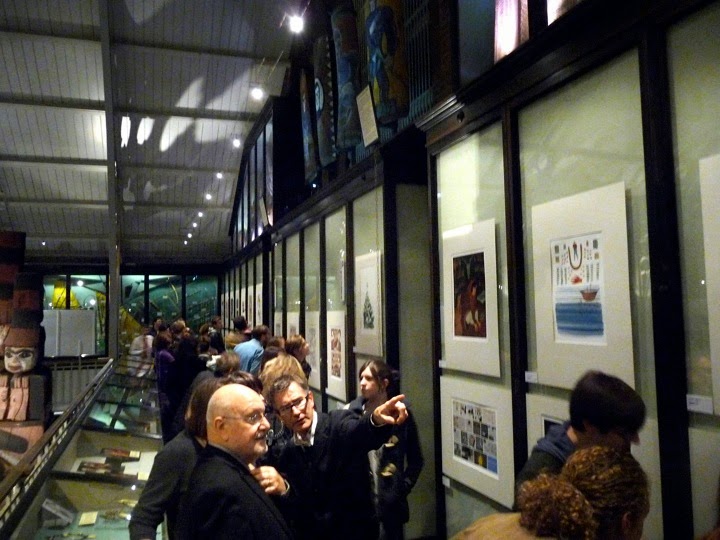 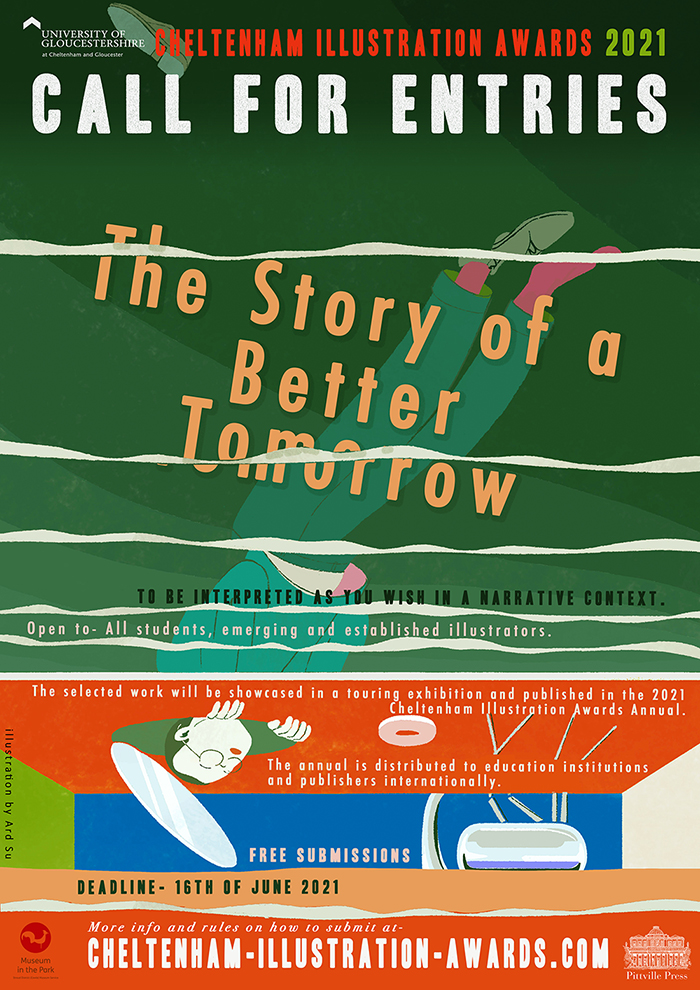 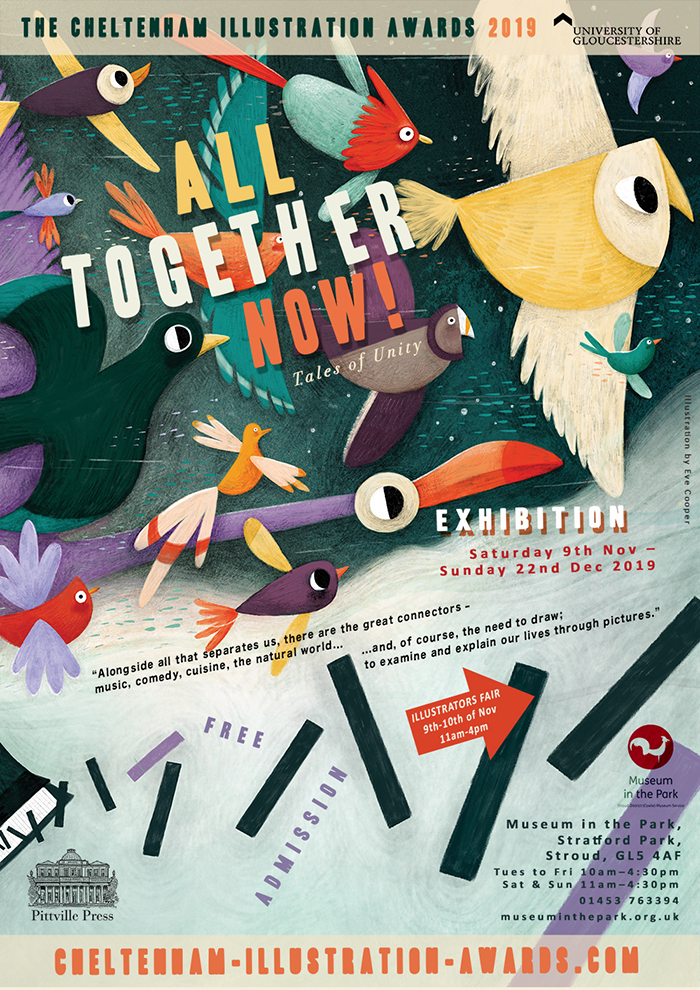